By Rowan Westwood and Sarah Sakurazawa 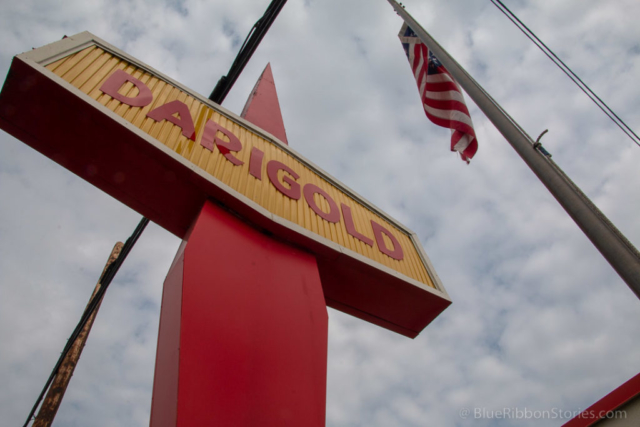 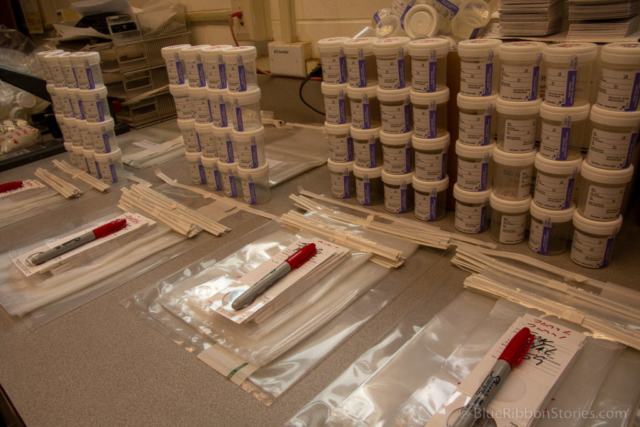 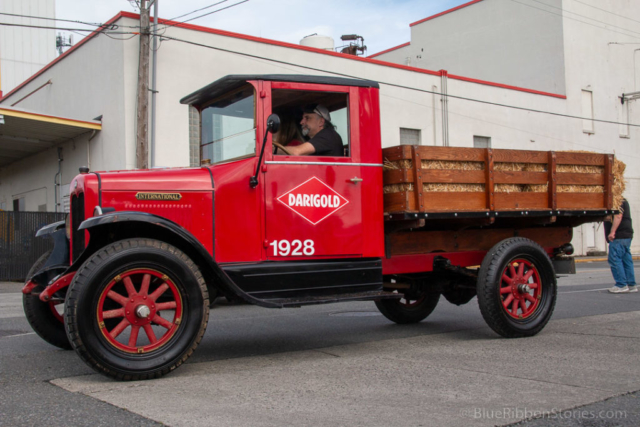 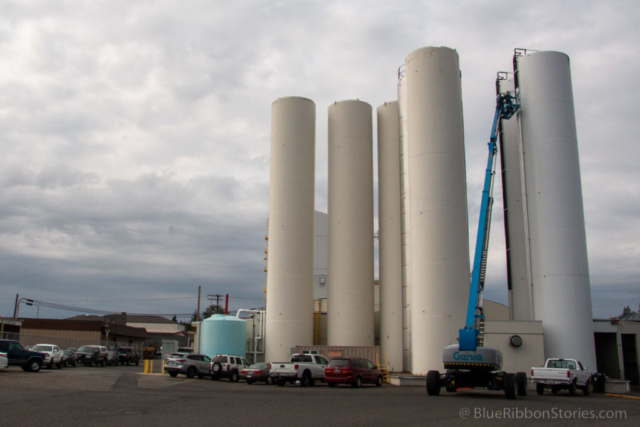 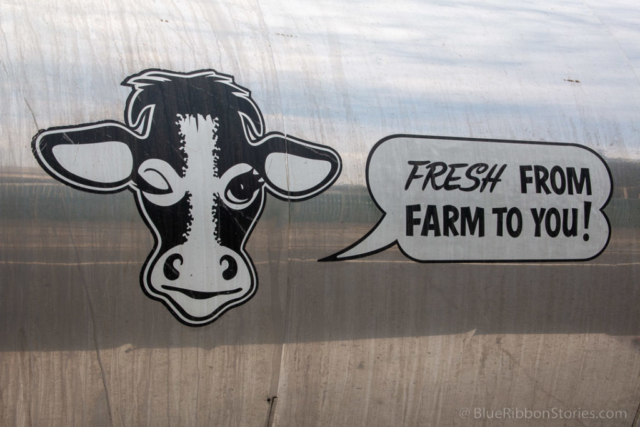 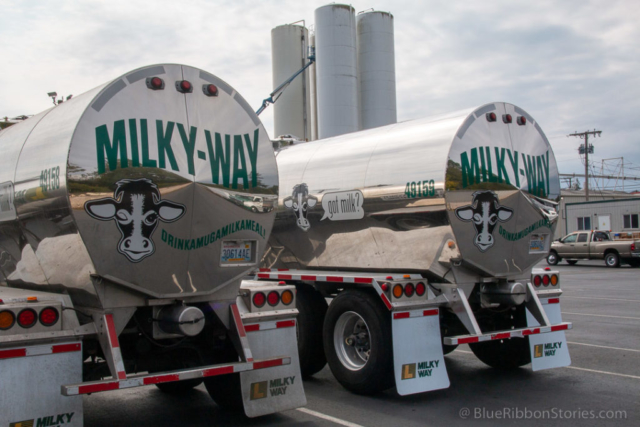 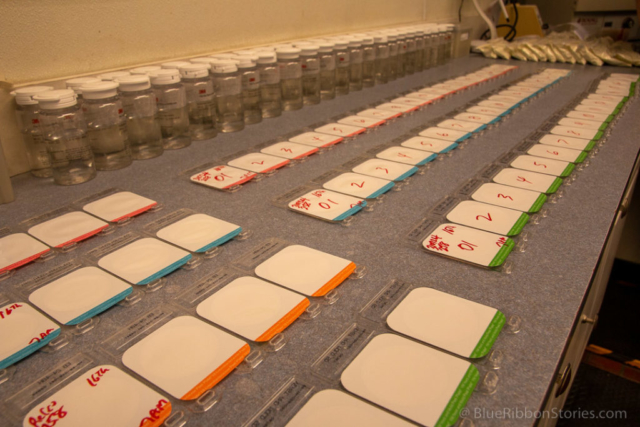 This story was written as part of an agriculture-reporting internship with the Whatcom County Dairy Women supported by a grant from the Dairy Farmers of Washington.

She hands a visitor a hairnet, a red disposable coat and a pair of yellow booties with a smile. It’s not exactly fashion week, but strict consumer safety is more Darigold quality assurance manager Samantha Riegel’s style. Not an ounce of the 300,000 pounds of milk powder this 60,000-square-foot Lynden, Wash., plant processes daily ships without her approval.

Riegel stands guard against the slightest traces of microscopic taint to ensure compliance with all U.S. Food and Drug Administration, U.S. Department of Agriculture, and Washington State Department of Agriculture’s regulations. Such rigor is required, says Val Hillers, an extension food-safety specialist who retired from Washington State University after 25 years, because contamination can have lethal consequences.

Pathogens such as the bacteria listeria kill about 260 of the 1,600 Americans infected each year, according to the U.S. Centers for Disease Control and Prevention. Hillers explains that pasteurization, since it was implemented about 120 years ago, means that modern milk is almost 100 percent safe from bacteria like listeria and e.coli – although, in extremely rare instances, milk can be re-contaminated after pasteurization, she says.

The handling of dairy products at Darigold has evolved significantly since its founding in 1918.  Before pasteurization, “milk was not exactly a safe product,” says Hillers. “Pasteurization is an extremely important part of keeping milk safe because animals, such as dairy cows, naturally carry microorganisms that can be harmful to humans.”

And the bugs are sneaky. Milk with pathogens often doesn’t taste bad or spoiled, says Hillers. “Whereas most bacteria don’t grow at refrigeration temperatures, listeria thrives in damp, chilled environments,” she says. “It’s a real problem for food processing, particularly milk plants, where the milk is stored in a damp environment.”

With her visitors humbled by scary facts and newly appreciative of their safety gear, Riegel opens the door of a windowless beige building a few blocks from town mainstays like Dutch Mothers Restaurant and the De Wagen Wasserij car wash. She heads into a Willy Wonka factory of pipes, gauges, massive machines and conveyor belts run by a small crew of about 30 hard-hatted workers.

All the pipes – and it seems like there are miles of them — that run throughout the plant are cleaned every 24 hours.

Whether you’re eating toast, sipping hot chocolate or snacking on Snickers, you’re probably consuming milk powder, she explains. “Bread, chips, different kinds of granola or protein bars, candy bars. You name it, there are a lot of products in stores that use milk powder,” says Riegel, who graduated from the University of Idaho with a bachelor of science in food science with an emphasis in nutrition. “Between milk powder and milk proteins, they’re in pretty much everything.”

Most of the Lynden plant’s powder is exported. Walking through a maze of milk powder crates stacked as high as a house, Riegel points out the plant’s lone robot lining up 55-pound bags of milk powder on wooden pallets to be shipped out to countries in Eurasia and South America.

In developing nations where refrigeration is rare, fresh milk isn’t always an option, says Richard Palmer, a quality control supervisor at Darigold for 42 years. “It’s a lot easier to ship dry milk than liquid milk. It also has a two-year shelf life, which allows this product to be shipped and used across the world,” he explains.

Wearing a required hard hat and goggles, Riegel splashes through a soapy foot bath that prevents cross-contamination and enters a fluorescent-lit metal jungle where the milk is pasteurized.

What’s more, everything the milk touches is cleaned down to the last particle. Darigold workers are “cleaning all day every day,” says Riegel.

All the pipes – and it seems like there are miles of them — that run throughout the plant are emptied and cleaned every 24 hours with a chemical wash. The entire plant – walls, floors, tanks – is washed every 28-30 hours. The nine 62,500-gallon silos that tower over downtown Lynden are washed as they are emptied; per FDA regulations they must be cleaned every 72 hours. Cleaning equipment at stations throughout the plant is color coordinated in bright yellows, reds and blues to match designated areas to clean.

“The dairy industry is probably the first industry that took keeping their products safe seriously because they’re going to babies and children,” says Hillers.

Continuing to a room with a bank of security cameras like something out of  a James Bond film, Riegel points out computer monitors that constantly read out the temperatures of the milk evaporator and peruse each part of the processing plant.

Riegel insists visitors twist in earplugs to prepare for the noise from the heart of the plant: the evaporator. This four-story-high metal heater fires up to 450 degrees and turns milk spraying from the top into powder before it reaches the bottom. It processes about 19,000 pounds of milk per hour. Metal detectors screen every bit of powder.

The downpour of creamy-white powder goes into a sifter machine — think of the biggest blender you’ve ever seen — to prevent it from clumping.

That not one drop of milk is contaminated with antibiotics is also part of Riegel’s purview.

“We are a fully enclosed system,” she explains. “All of our milk comes in on tankers that are sealed. So if somebody tampers with that sealed load in transit, we will know and not unload that milk. It’s pretty much the only tampering point that could cause contamination.”

Similar to a race car pit crew, truck drivers jump out of the trucks, hooking up hoses to begin a three-minute testing process, which treats the milk as guilty until proven innocent. If there’s any trace of antibiotics, potentially the entire truckload is rejected — even if only one tank of the two tested positive. Riegel says such contamination happens at very low frequency, “next to nothing.”

Over at the lab, quality control supervisor Richard Palmer is judge and jury, hovering over arrays of tiny slides and samples. In his worn dark-blue polo with a faded Darigold logo, he proves food-safety superheroes sometimes resemble high-school science teachers geeking out over a bead bath that warms up milk samples.

As at the plant, testing for bacteria and pathogens goes on 24-7. Surrounded by calibration equipment, pipettes, scales, meters and sample incubators, Palmer says, “I don’t grade for Darigold, I grade for the customer. I pour my whole heart into it.”

After the tour, Riegel rounds up safety gear from her visitors and smiles ruefully as she moves aside a box of tomatoes on a desk to make room for the pile of equipment.

“I didn’t have time for my garden this year, my garden flopped,” she says. She laughs that her boss felt compelled to bring her backups from his  garden. It’s yet another example, albeit small, of the team effort it takes to put healthy food on the table.